My friend got me some books and magazine to kill time while I stayed in the hospital. One of those is “Artisan Baker 火頭工 説麵包、做麵包、吃麵包” by Philip Wu 吳家麟. 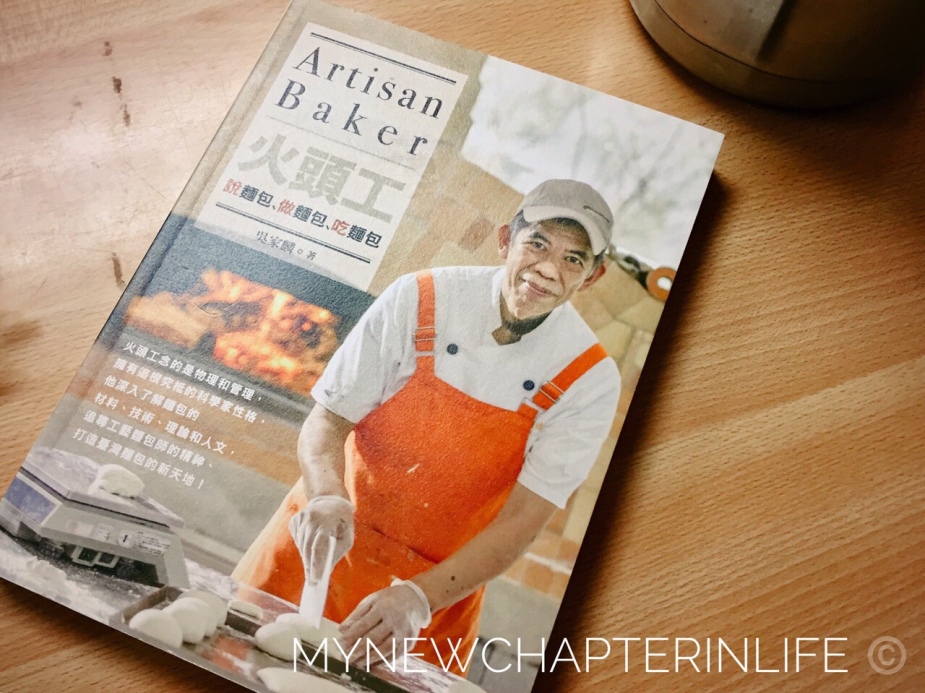 Graduated from the Physics Faculty of the National Taiwan Normal University (國立臺灣師範大學), Philip had engaged in various teaching positions as well as the technology industry.

After his retirement in 2005, he lived on a very simple life and dedicated all his time in running his own bakery, A-Duan Bakery (阿段烘焙), a small community supported bakery in Wenshen District, Taipei.

A-Duan Bakery was opened in 1999 by Philip’s wife. Initially selling only handmade cakes, but subsequently included breads in the menu upon Philip’s full time participation.

His book is grouped into three sections covering the following areas:

Given Philip’s strong technical background, a more scientific and analytical approach in the understanding of bread ingredients, dough fermentation and the baking processes has been incorporated into his book. Somethings that differentiate it from other bread baking books.

To let readers or amateur bakers to learn and master the techniques behind, over 60 pages of classic bread recipes with Philip’s insights are also included.

The book also has a discussion on Artisan Baker, someone who makes Artisan Breads using only just the four basic ingredients: flour, water, salt and levain. No artificial additive is added and all the bread flavours, texture are directly coming out from the wheat.

However, with the proliferation of commercial baking that focused on increasing production yield and lowering of manufacturing cost, Artisan Bakers are now facing great difficulties in running their own bakeries.

Philip went on with the introduction of Community Supported Bakery (CSB) – Bakery that runs in a small community with low operating cost, supported by and interacted with bread buyers within the community.

The concept was inspired from Community Supported Agriculture (CSA), which is a partnership between farmers and consumers where, at best, the responsibilities and rewards of farming are shared.

If you are interested in Community Supported Bakery, you may get more information at the following link:

Personally I like the analytic approach of the book in presenting the fermentation and baking process. This helps to clear some of my puzzles on the preparation of bread dough.

I will also follow his recipe and insights to prepare some of the classic breads in later stages.